If the G425 Max is synonymous with forgiveness and the G425 LST a low-spin distance tool, the G425 SFT driver is essentially an “anti-right” club (for right handed golfers) designed to neutralize side spin and take away the dreaded slice out of bounds.

SFT, or “Straight Flight Technology”, is essentially a draw biased setup of the Max driver.

As with the Max, this edition utilizes an abundance of tungsten to stabilize the head of the driver through impact, but fixes the weight far in the heel to promote draws.

Ping has claimed that shots can deviate over 20 yards further left than their Max edition.

Adjustable 10.5º     (check this out for more on how to select your driver loft) The Ping G425 SFT driver is designed to help counteract slices and places a premium on the draw by design.

This driver is beneficial for those seeking to correct slices, or that prefer playing a draw by design. More advanced players that are capable of shaping their shots may not appreciate the lack of adjustability and inherent draw setup. Handicap: 10 – 25

The Ping G425 SFT driver shares the same innovative technology as its siblings in this edition but is only available in a 10.5º loft with a fixed 23 gram tungsten weight definitively positioned in the heel.

The G425 SFT is designed to have all the forgiveness of the Max, but with a draw bias. This driver weighs in at 202g with a 460cc head size to allow for the most forgiveness on strikes, while still whipping through impact.

Curiously, Ping standardizes swing weight at D1 instead of D3-4 like the Max and LST siblings.

My performance test of the Ping G425 SFT driver review… the SFT shares all of the benefits of the Max but has a penchant for the left side of the fairway. For those of you looking to correct a fade or a slight slice/ push slice, this driver may just be the right fit.

Keep in mind that the G425 SFT will *reasonably* be biased towards a draw and will not fix a slice that (for right-handed golfers) starts on the left end of the fairway, and ends up on the fairway to the right of the hole you’re playing; Tiger himself can’t help you there.

However, when playing reasonable shot shapes, this club is hard pressed to find out-of-bounds on the right side.

My natural full-speed shot shape is a pull-fade which with some aiming tends to leave me towards the middle, or with a creative bounce, to the right hand side of the fairway.

If I slow down my swing to find the fairway I tend to shape towards a draw.

When swinging for distance, this club did its level best to fight the extra side spin associated with high mph and left me reasonably within the fairway, or at best, on the right fringe with a comfortable shot from the rough.

On the other hand, attempts at a more controlled draw became pronounced, and I was forced to either adjust my aim right, or end up in a grouping to the left of the fairway. Measured side-spin bumped up in favor of the draw, validating the visible change in ball-path.

As with the G425 Max, this head shape is on the larger side of the series, but you would be hard-pressed to identify it as the SFT unless the LST or Max was sitting next to it.

The fixed weight system is a dead give-away at the back of the club head, but otherwise, it sits sleek at address.

Again, if you didn’t have the Max nearby for comparison, there is nothing that would suggest this driver is a draw biased design.

Sound and feel remain consistent with the G425 Max as the design elements are largely shared.

The G425 SFT driver differs most significantly from the Max in off-center contact that strays towards the toe of the club. While the Max offers variable weight positions to add mass behind a consistent contact point, the SFT is fixed towards the heel.

Players who strike towards the toe-side of the face may feel a touch of additional torque or face-twist with this model on impact.

On the other hand, shots struck towards the center or heel of the face feel powerful and solid, jumping into the air. Overall, the club inspires confidence and forgiveness, with the extra safety of the draw bias for those who don’t want to tamper with their standard setup.

The G425 SFT driver retains all the positive features of the Max driver, but adds the bonus of a draw bias.

While this won’t fix a slice that lands 70y into the next fairway, it will certainly help players reduce side spin and find the fairway more consistently with a designated shot shape. Other Drivers in the Ping G425 Family

There are 2 more drivers in the G425 family… if you want to give those a read, our review of the Ping G425 MAX is here, and the Ping G425 LST review is here.  The Max is the most forgiving of the series and is similar to the SFT, but without the draw bias. The LST is the low spin model for more advanced players who also have a high swing speed. TaylorMade’s similar driver to the SFT is the SIM 2 Max D… the D standing for draw. If TaylorMade is more your speed, or if you just want to check out the review, give that a read over here. Cobra has their “Draw Biased” model as well, the Radspeed XD (Xtreme Draw). This one is still kind of in the “beginner” category in my opinion. Our full write up can be found here. Callaway has a driver with a slight draw bias, the Epic Speed. It’s a little bit more of an advanced level driver though, and the draw bias isn’t as much as on the Ping SFT. But if you want to check that out, our full review is right here.

Best Drivers For a Slice

There are plenty more options for drivers that help mitigate a slice. Some use heel weight, some use what’s called an offset. If you’re interested, check our review of those drivers out here.

For an ultimate guide on getting started with golf, everything you need to know about the game, swing tips, rules, etc, check out our Golf 101 article. If you’re struggling with a slice, and you want to change your swing to fix it, or even learn to play draw, then our golf slice fix post is a good place to start. Stop Popping Up Your Driver

And if you’re one of those golfers who simply keeps popping up or ‘skying’ your drives, then this is the article for you.

The Ping G425 SFT driver works by adding extra weight to the heel of the club, resulting in a more ‘draw-biased’ ball flight.

What is the difference between the ping G425 Max and SFT?

The difference between the Ping G425 Max and G425 SFT is the fixed weight on the SFT in the heel, specifically designed to promote a right to left ball flight (for the right handed golfer). Both drivers are very forgiving, especially compared to low spin driver models like Ping’s LST.

What’s the difference between ping SFT and LST?

The difference between the Ping G425 SFT and G425 LST is quite substantial. The SFT, or Straight flight technology, is designed to promote a ‘draw-biased’ type shot shape by adding extra weight in the heel of the driver.

The LST, or Low Spin Technology, is a much less forgiving model for higher swing speed type players who want to keep the ball a little bit lower in trajectory due to the high spin of swinging hard through the ball. It is also not biased to one type of ball flight like the SFT. 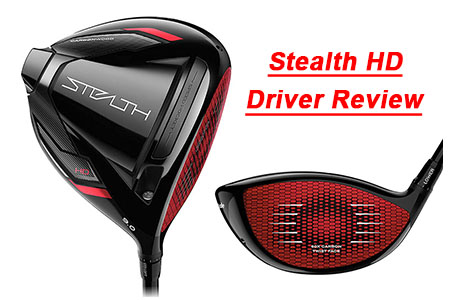 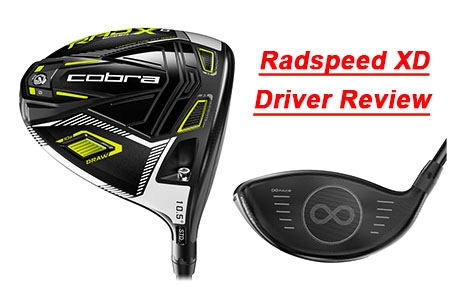